President of Eritrea, Isaias Afwerki, is back in Ethiopia on a two day visit. He arrived on Sunday morning and was met at the Bole International Airport in Addis Ababa by Ethiopian Prime Minister Abiy Ahmed and his predecessor, Hailemariam Desalegn.

According to Eritrea’s information minister, Afwerki had been invited by Abiy to among others discuss the July 2018 peace deal and other issues of mutual interest.

Afwerki’s last visit to Ethiopia was between July 14 – 16 when he reciprocated a July 8 – 9 visit by Abiy to Asmara – the two signed the historic peace deal during that trip.

The two have since met a number of times. Their last meeting was in Jeddah, Saudi Arabia. They signed a follow up peace deal under the auspices of King Salman of Saudi in the presence of the United Nations Secretary-General.

Whiles in Ethiopia, Afwerki joined his host in opening a sugar factory located in the Southern Nations, Nationalities, and Peoples’ Region, SNNPR.

The Omo Kuraz III Sugar Factory was built at a project cost of over 8 billion birr and is expected to produce 1.5 tons of sugar and create jobs for 12,000 people. It is the eighth operational sugar factory in the country. 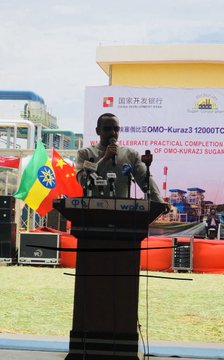 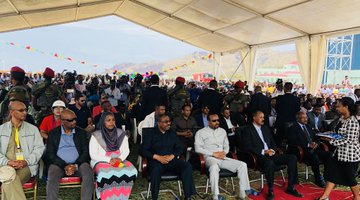 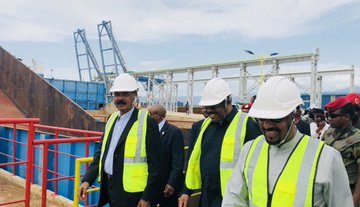 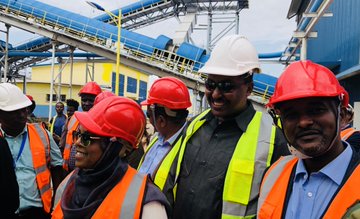 HE PM Abiy inaugurated today Omo Kuraz III Sugar Factor in Bench-Maji Zone. The cost of the project is 8.1 Billion Birr. When it is fully operational, the factory will produce 1.5 tons of sugar & create jobs for 12,000 & has massive backward linkage potential. #Ethiopia #Eritrea

Attack by “Ethiopia”Agazi soldiers on a mosque in West Hararge, Ethiopia

Ethiopia: Stop using the state of emergency as a pretext to the escalating human...

OP-ED: WHY ETHIOPIA’S DECISION TO SKIP THE EVER COMPLICATING GERD TALKS IN WASHINGTON IS RIGHT

Meseret to make her marathon debut