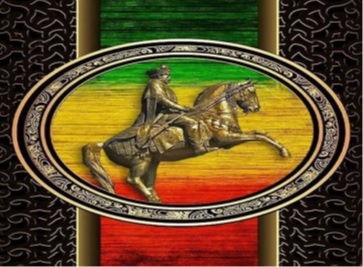 The Adwa Victory has a significance as the maker of all the colonized world to resist colonialism globally. We need to use the next 125 Adwa Great African Victory celebration to become a historic milestone to make all Africans to become change-makers and game changers. The Adwa Great African Victory will be 125 years on March 2, 2021.  We need the great Adwa African Victory to continue, as now more than ever, Africans need to look back and appreciate what brought them victory in order to go forward to achieve unity to end finally all the divisive colonial relics. We have founded the Adwa Great African Victory Association(AGAVA) to celebrate the coming 125 Adwa Victory Anniversary with squares, museum, parks, heritage sites, libraries, schools, scholarships, universities, statues, films and a handbook to be translated and published in different languages.

The battle fought, at the Northern Ethiopian town of Adwa by Ethiopia in 1896 against invading Italian forces is one of the most powerful episodes of resistance to the scramble for Africa.  Ethiopia fought the battle under the leadership of Emperor Menelik II and won the most historic and decisive victory. The significance of the battle is that it was the first successful African campaign against European colonial aspirations. In this respect the African victory in Adwa served as a beacon of hope and source of confidence to people of every colonised region in the world, irrespective of colour and creed. Adwa is an important point of convergence for the entire African continent in its fight against invasion and subjugation.

Adwa is one of the most well documented events in African history. It was a well-deserved victory, not favoured by chance but earned through competent leadership, meticulous planning, intelligent strategy, and sheer military might over the invading forces. Adwa was the culmination of a typical European colonising attempt, beginning by diplomacy followed by manipulations in treaty-documents. The end result was turned upside down only because of the military capability and diplomatic acumen of Ethiopian leadership.

The battle of Adwa attracted international attention owing to the media campaign (which created international support in Ethiopia’s favour), orchestrated by Menelik, through carefully chosen experts such as the Swiss engineer Alfred Ilg who played the role of Menelik’s advisor and ambassador in Europe and the French freelance journalist Casimir Mondon-Vodailhet playing Menelik’s unofficial press agent who created the image of ‘Africa’s Christian Monarch’ for him. The Emperor and his Queen apparently lead the army in person (or cleverly propagated so), which partly was responsible for the overwhelming popular support the campaign commanded. This had been a practice un-heard of in Africa: image building of the leadership and war as an opportunity for consolidation of internal political power.

Ethiopia fought the battle, with modern arms and ammunition handled by well-trained men, guided by meticulous military strategy, the knowledge of which send a signal to prospective colonisers that Africa is able to resist and the continent is learning to use the European warfare-tactics against its own inventors. Hence Adwa marked the beginning of the end of colonialism.

III: Some Thematic topics for the Research Papers on Adwa Great Victory

The Adwa Great African Victory Association (AGAVA) proposes to bring out a commemorative issue, a handbook on the Adwa victory. The edited volume would focus on, but would not restrict to the following topics.

High quality chapter contributions are invited from contributors across the world. The edited volume will be published by a prominent international publishing house and will be circulated worldwide.

Contributors are requested to send a chapter proposal / extended abstract of not more than 2000 words along with a detailed CV to Prof. Mammo Muchie by May 25, 2020. The full papers have to be submitted by the latest on 15 September,2020.

Please  kindly send the abstracts by email to: [email protected]

NB:   The AGAVA executive members and guest editors will do the main peer review. Historians and those who have written on Adwa Battle are most welcome also to join the review process.

Spike in Eritreans fleeing into Ethiopia