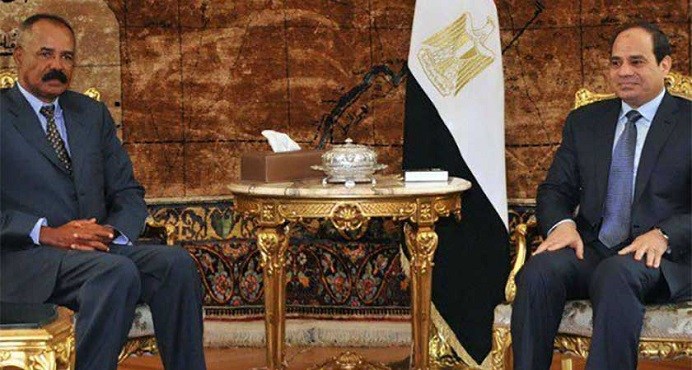 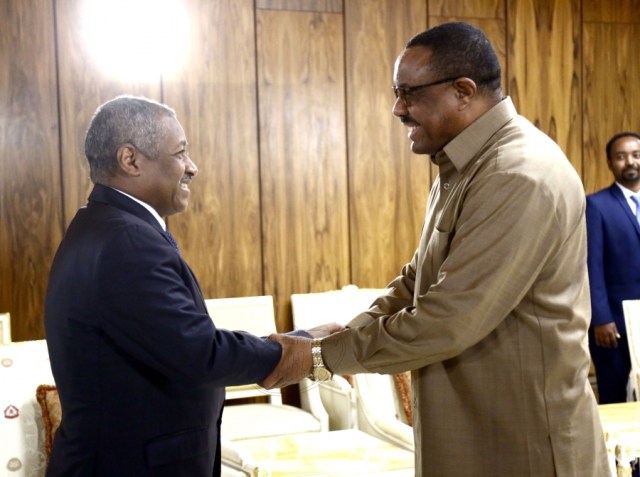 Emad told the Ethiopian media after the discussion:

the countries will further strengthen their cooperation. He stressed that a challenge one of the nations faces would harm the other. Therefore the effort to collaborate in containing problems will continue.

It is to be recalled that Sudan has deployed its army  and totally closed its border with Eritrea last week.

One the other hand, Egyptian media are reporting that Eritrean President Isaias Afewerki will arrive in Cairo on Tuesday January 9, 2018 for two days visit during which he will meet with President Abdel Fattah al-Sisi to discuss the development of bilateral relations, developments in the Nile Basin countries and the Horn of Africa region and developments in regional and international issues.

Isaias will be accompanied by a high-level Eritrean delegation, including Eritrean Foreign Minister Osman Saleh and Yemeni political advisor Yemani Jabr Abe. The two presidents will hold a closed bilateral meeting at the Federal Palace, followed by an extended meeting between the two delegations in the presence of Foreign Minister Sameh Shukri, the head of the General Intelligence, Minister Khaled Fawzi, and the Egyptian Ambassador to Eritrea Yasser Ali Hashim. On the second day of the visit, the Eritrean President and his delegation will visit a number of Egyptian sites and projects. The Eritrean President visited Egypt four times, during which he met with President Abdel Fattah Al Sisi and senior state officials. His last visit to Cairo was in November 2016, Almasryalyoum reported.

The relations between Sudan and Egypt has been tense recently, one of the main issues being the fact that Sudan has sided and supported Ethiopia on the huge GERD Dam the later is building. Various media outlets including an Eritrean website reported that Egypt has deployed its forces in Eritrea.

For more on the developments in the Horn of Africa and recent border tensions read our recent report here.

ARDUF: Turning the Demise of a Dictator into Start of New...

Love on the rocks of the limits of guilt -...