A report published in Science Translational Medicine explains how the scientists came to this conclusion after observing stroke recovery in mice that had had their whiskers clipped.

The team revealed that mice were more likely to recover use of a front paw after a stroke if they had their whiskers trimmed.

A rodent’s whiskers are an important sensory organ with a rich nerve supply.

The animal can move its whiskers forwards and backwards to explore stationary objects and can keep them still to explore moving objects, all the while sending sensory information to the brain.

The researchers suggest that clipping a mouse’s whiskers stops the brain from receiving sensory signals, leaving the affected area more “plastic” and able to rewire itself to perform other tasks.

A stroke occurs when either a clot or rupture in a blood vessel in the brain blocks the blood supply and stops the affected area from receiving the oxygen and nutrients that it needs to keep cells alive and working.

Most strokes are caused by clots, and these are known as ischemic strokes. A temporary clot that clears itself is known as a transient ischemic attack, which is also referred to as a mini-stroke.

When the affected area of the brain stops receiving the blood that it needs, brain cells die and the corresponding part of the body stops working properly or fails to work at all. 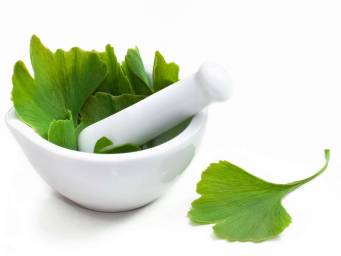 Stroke: This herbal extract could improve brain function
Learn how a combination of ginkgo biloba and aspirin may benefit cognitive function following a stroke.
READ NOW

Often, the approach to rehabilitation therapy that individuals receive following a stroke focuses on helping them to compensate for the disability. The researchers propose that their study points to an alternative approach.

“Our findings,” says senior study author Jin-Moo Lee, a professor of neurology, “suggest that we may be able to stimulate [stroke] recovery by temporarily vacating some brain real estate and making that region of the brain more plastic.”

“One way to do that might be by immobilizing a healthy limb,” he adds.

Every year, around 140,000 people die from stroke in the United States, where it accounts for 1 out of every 20 deaths. The estimated cost of stroke — including medical care, drugs, and missed work days — is around $34 billion per year.

Brain remaps functions to nearby areas

There are more than 6.5 million stroke survivors in the U.S. Thanks to the brain’s plasticity, or ability to adapt, many survivors naturally recover some amount of function. An example is a survivor who cannot move an arm at first but finds that a few days later, they can start to wiggle their fingers.

Research using brain imaging shows that in such cases, the brain has rewired control of the fingers to a “neighbouring undamaged area.”

The extent of recovery is closely linked to how well the brain remaps sensory and control functions from the damaged to the undamaged area.

However, the cost of this plasticity is that the brain is constantly trying to free up “real estate” on which to build the new circuits. One way that unused real estate becomes available is when signaling to and from an area stops — for example, when a limb is amputated.

Prof. Lee and his colleagues wondered whether sensory deprivation might be a way to free up real estate near a stroke-injured area, and if the brain would use this opportunity to remap the disabled functions to that area.

To test this idea, they induced stroke in two groups of mice such that it impaired their ability to control their right forepaw.

Following the stroke, they trimmed off the whiskers of one group of mice and left them intact in the other group. Then, they observed the animals’ recovery and their use of the forepaws.

By week 4 after the stroke, the mice with trimmed whiskers had started to use the right forepaw again, and by week 8, they were using them as well as the left forepaw.

However, the mice with intact whiskers recovered much more slowly; by week 4, they were still not using their right forepaw and had only partly recovered use of it by week 8.

However, in the mice with intact whiskers, the forepaw activity moved to any of several areas next to the injured site.

The following short video from the Washington University School of Medicine sums up the results in the mice:

The team allowed the mice with trimmed whiskers to grow them back after they had recovered full use of their right forepaw.

Scans of the animals’ brains taken 4 weeks later showed that whisker-use activity had returned to its former place in the brain. Also, forepaw control stayed in its new place with the mice continuing to show full use of both paws.

But the researchers say that there is evidence that when a brain function moves into another part of the brain, it does not impede the function associated with that area.

“Developing those skills doesn’t cause musicians and taxi drivers to lose any other abilities. They are probably just using their brains more efficiently,” he explains.

He says that their findings show that it may be possible to improve outcomes following stroke by “enhancing plasticity in targeted regions of the brain.”