Some walked for days to escape the threat of Africa’s deadliest Islamic extremist group and the desperation of drought. But the problems for more than 200,000 Somali refugees are far from over.

Their plight is often overlooked in a region where hunger and conflict in Somalia and South Sudan put millions at risk.

“The projection we have is that our already reduced aid handout for these Somali refugees is sustainable only up to March 2018,” Edward Moyo with the World Food Program (WFP) said.

“How are we going to explain to a pregnant mother who has a number of other children that we are going to cut her ration beyond what she’s already going through?”

In nutrition centres across the camp that is home to nearly 40,000 refugees, health workers say they are seeing a growing number of Somali children with malnutrition.

And yet the number of new arrivals from Somalia continues to grow, at a rate of as high as 1,000 a day. 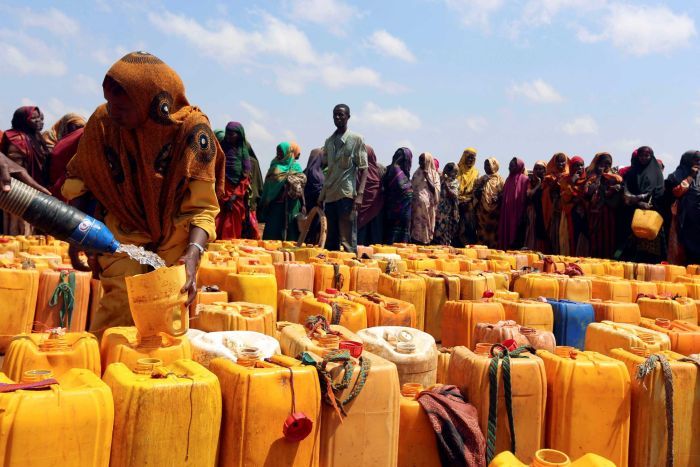 The parched landscape, dotted with refugee shelters made of bamboo and corrugated metal, leaves no possibility for the refugees to attempt feeding themselves by other means.

“I fled Somalia fearing Al Shabaab militants and the severe drought there,” Rukia Mohammed Osman, 37, a mother of eight who fled the Gedo region in Somalia’s south, said.

“My husband is a disabled person so I had no choice but to leave,” she said.

WFP is appealing for $27 million to support 650,000 refugees from across the region who now live in Ethiopia camps.

“Refugees are currently receiving only 80 per cent of their entitlement,” Leighla Bowers, the UN agency’s head of communications in Ethiopia said.

“They will be receiving even less across the entire country and the majority of them will be suffering from that unless more resources are made available.”

Aid groups have said Somalia is experiencing its worst drought in seven years, and many of the refugees are arriving in Ethiopia from the Bay, Gedo and Middle Juba regions.

It is an echo of Somalia’s devastating famine in 2011 that claimed the lives of 250,000 and sent many more into neighbouring countries.

This time, aid groups say, the response has avoided that kind of death toll.

On a visit to the region this week, UN refugee chief Filippo Grandi acknowledged the challenge of raising money for humanitarian crises on the world’s poorest continent.

“It is very difficult to fund programs in Africa. I’m not ashamed to say it,” Mr Grandi said.

Ethiopia, which hosts one of the highest numbers of refugees in Africa, is also experiencing a severe drought and more than 5 million Ethiopians are food insecure. 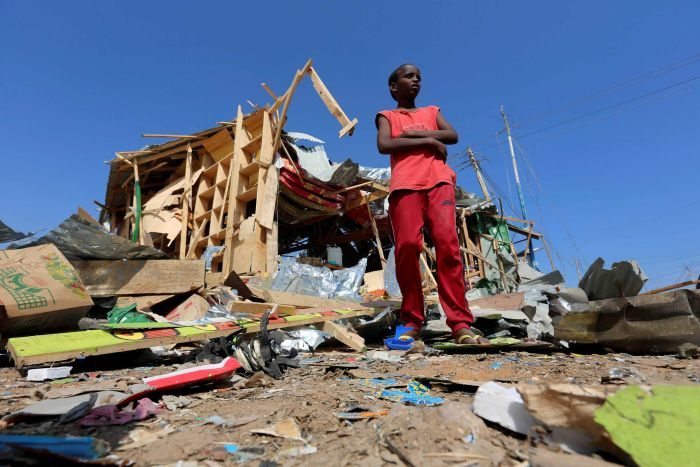 But it has been praised for welcoming the thousands fleeing Somalia and elsewhere and for recently announced plans to absorb the refugees into local communities.

Many understand that the traumatised arrivals had little choice but to flee.

“If I stayed in Somalia, I may be forced to join Al Shabaab militants,” 16-year-old Yusuf Abdurahman said.

“I want to be a math teacher, that’s my plan, not to join the militants.”