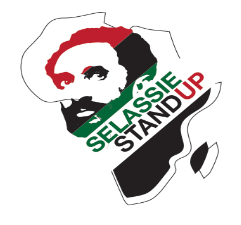 First and foremost, I would like to express my heartfelt appreciation for Your Excellency’s commitment to uplift Ethiopia. Your Excellency has been a very much needed and long overdue beacon of hope and an inspiration to many Ethiopians and Africans worldwide.

I am writing this open letter to Your Excellency as Founder & President of Selassie Stand Up, Inc., a Pan-African organization established in the US to promote and advance the interests of Africans and peoples of African descent. Selassie Stand Up’s main objective up to this point was to ensure the building and erection of a commemorative statue of His Imperial Majesty (HIM) Emperor Haile Selassie front and center of the African Union Headquarters in Addis Ababa, Ethiopia.

Selassie Stand Up petitioned the African Union over six years ago to approve of the Selassie Stand Up project on the basis of HIM’s foresight, visionary leadership, and distinguished role in establishing the then Organization of African Unity (OAU), and for the Emperor’s formative and leading role in providing financial, military, strategic, and logistical support to African brothers and sisters in the quest to freedom and independence throughout Africa.

The Selassie Stand Up project was approved during the AU’s 29th Ordinary Session pursuant to President Addo’s motioning of the Assembly to build and erect a commemorative statue of His Imperial Majesty (HIM) Emperor Haile Selassie in the African Union Headquarters building. The unveiling of the statue is confirmed to take place on February 10, 2019 during the 32nd Ordinary Session of the Assembly of the African Union in the presence of African Heads of State and dignitaries in attendance. I would like to thank President Addo and the AU Leadership again as well as Your Excellency for ensuring this project would come to fruition under Your Excellency’s new leadership.

Despite several years of advocacy, lobbying of the Ethiopian Government, publishing of media materials, being interviewed on VOA’s Amharic program and using my own personal savings to finance the Selassie Stand Up project in an effort to speak truth to power and ensure HIM’s and Ethiopia’s rightful place in history, I have not received any formal invitation, notice or recognition from the Ethiopian Government to attend the unveiling ceremony of HIM Emperor Haile Selassie’s statue on February 10, 2019. As a proud and active member of the Ethiopian Diaspora who was born and raised in the United States and speaks and writes fluently in Amharic, I would have expected an official invitation from the Ethiopian Government by now especially with Your Excellency at the helm of the EPRDF. My previous efforts are well known by the Ethiopian Embassy in Washington DC, and the former Ambassador to the US, Mr. Girma Birru, in particular, who previously called me to indicate his support of the Selassie Stand Up project. Thus, I believe the Ethiopian Government, under Your Excellency’s refreshed leadership in the spirit of medemer, should have extended a formal invitation to me as President of Selassie Stand Up, Inc. to be present to attend the inauguration of HIM’s statue in the presence of African Heads of State during the 32nd Ordinary Session on February 10, 2019.

There are also several other prominent members of the Diaspora and those within Ethiopia such as the family of the late Minister Ketema Yifru, Dr. Minassie Haile and Ambassador Konjit Sinegiorgis all of whom, if possible, should be present and able to witness the unveiling of HIM’s statue.

It is my hope that I will receive an invitation and attend the unveiling of the statue to occur on February 10th 2019, and that the individuals aforementioned in addition to other esteemed guests would also have the same privilege. In this regard, I would like to work with Your Excellency’s Administration and AU Leadership on a grand inauguration that would be more inclusive and also afford an opportunity for ordinary Ethiopians to experience at the same time.

Selassie Stand Up will continue in its efforts to ensure the Ethiopian people reconcile with their history and look forward to working very closely with the Ethiopian Government and leadership of the African Union.

Thank you for your time and attention to this noble effort of great imminence and historical significance. 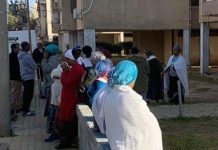 Medrek’s Path to Unity and Charisma - By Messay Kebede

For Immediate Release: 16 Members of the European Parliament Call for...

The Black Lions of Ethiopia: “You will never walk alone!!!!!”

The 60th Birthday celebration of Andargachew Tesige in Oslo Norway