Blue and White’s Pnina Tamano-Shata laments police brutality, poverty within community, which has emerged as key sector in election and is seen moving away from Netanyahu

AFP — The first Ethiopian-born Jewish woman elected to the Knesset, who says she is fighting for racial equality, has become a key player in the opposition’s effort to oust Prime Minister Benjamin Netanyahu.

Pnina Tamano-Shata, a former television journalist first elected to the parliament in 2013, represents an Ethiopian-Israeli community that experts say could be pivotal in the country’s March 2 vote.

The election is Israel’s third in less than a year and polls show another tight race between Netanyahu’s right-wing Likud and the centrist Blue and White party, of which Tamano-Shata is a member.

Sitting in a cafe in Hadera, a city north of Tel Aviv that is home to thousands of Ethiopian-Israelis, Tamano-Shata argued that racial inequality remained rampant after Netanyahu’s total of 14 years in office.

“There are more Ethiopians in prison, more police brutality against us, higher poverty and a higher suicide rate,” she told AFP in an interview. 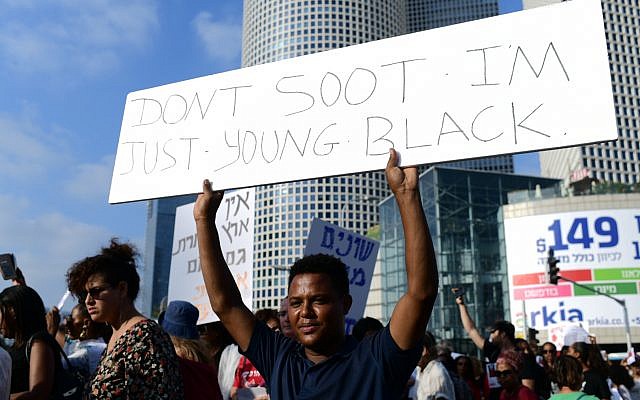 Ethiopian-Israelis and supporters protest in Tel Aviv on July 8, 2019 against police violence and discrimination following the death of 19-year-old Solomon Tekah on July 1 in Haifa by an off-duty police officer. (Tomer Neuberg/Flash90)

The killing last year of 19-year-old Solomon Tekah by an off-duty police officer inflamed longstanding grievances among Ethiopian-Israelis, who claim they have repeatedly been targeted by police due to the color of their skin.

Tamano-Shata said her generation of Ethiopian-Israelis had a duty “to fight tirelessly for our acceptance.”

Israelis of Ethiopian descent have historically backed Likud as a legacy of gratitude for the 1984-1985 “Operation Moses” that brought an initial 8,000 Ethiopians to the Jewish state.

That seven-week clandestine extraction after a devastating Ethiopian famine was carried out under the premiership of former Likud leader Yitzhak Shamir. 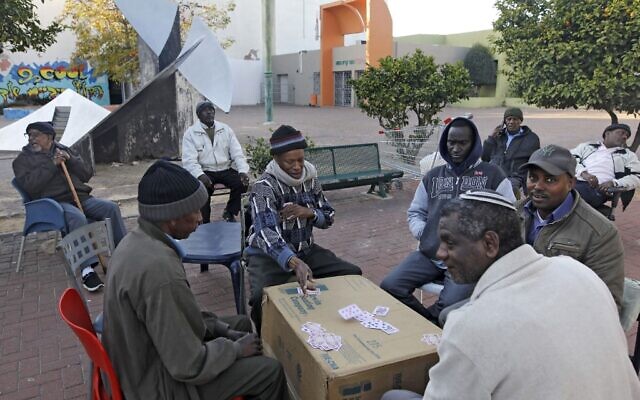 Israeli men of the Ethiopian Jewish community play cards at a park in Rehovot, on February 13, 2020. (Photo by MENAHEM KAHANA / AFP)

Tamano-Shata’s family was part of that operation.

She recalls traveling with her pregnant mother and sisters to a camp for the displaced in Sudan from where she and thousands of others were exfiltrated to Israel.

“We dreamed of Jerusalem for generations,” she said. “I was born in a village without electricity.”

The Ethiopian-Israeli community has since grown to 140,000-strong, including 50,000 born in Israel.

Their numbers may be rising, but Avi Yossef, a 35-year-old Ethiopian Jew born in a Sudanese refugee camp, said many in the community feel marginalized.

“Before someone even knows who you are, he looks at your skin color,” Yossef told AFP.

“You still need to prove who you are, that you are Jewish and grew up here, even if you speak perfect Hebrew.”

“Usually we vote for Likud because it’s the party that brought Ethiopians back to Israel. But in the last election, we voted for Blue and White,” he said. 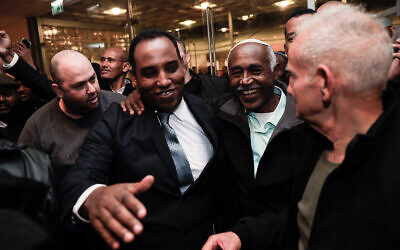 In the September polls, two Ethiopian-Israelis, Tamano-Shata and Gadi Yevarkan, were elected to the Knesset under the Blue and White banner.

But last month, Netanyahu convinced Yevarkan to defect to Likud, underscoring the importance of the Ethiopian community’s vote.

Blue and White hit back after the defection was announced.

“Bibi, Ethiopian immigrants are not for sale except maybe one,” the campaign said, using the prime minister’s nickname.

Alon Burstein, a doctoral candidate at the Hebrew University of Jerusalem, said their relatively small number had taken on greater importance as both major parties seek an elusive majority.

Despite the historic bond between Ethiopians and Likud, some feel “betrayed” by what they perceive as the party’s inaction in the face of racial injustice, said Burstein, who has written about the politicization of Ethiopians in Israel.

They have come to see Blue and White “as a good alternative,” he said.