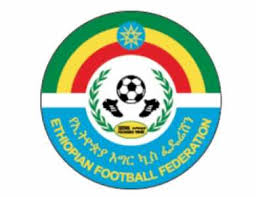 An Ethiopian rights group asked the World’s football governing body to ban the Ethiopian Football Federation (EFF) over xenophobic incidents this past week before a local match at the southern Hawassa city.

The Wolayta Committee on Human Rights (WCHR) accused the EFF of being unable to protect ethnic Wolaitas in the southern city from tribal attacks that left over a dozen injured and heavy property damage, according to ESAT media.

The game was between the  Wolaita dicha club and the Debub Police Sports Club (DPSC). The Wolaita Dicha posted on its Facebook page a complaint on the violence and successfully convinced the EFF to change the site of the match from Hawassa to Addis Ababa.

The DPSC is mostly associated with ethnic Sidama, and tribal gang activity in Hawassa has risen as some Sidama politicians have spread nativist propaganda that the city belongs only to their tribe.

Another local match in Hawassa with the popular St. George Sports Club (SGSC) was also postponed due to xenophobic attacks. The SGSC is often associated with ethnic Amhara and Gurage as well as other multiethnic urbanites. Last year, Hawassa markets used by Gurage and others were set on fire by gangs; while Wolaita businesses and civilians have also been targeted, including burned alive, according to Reuters.

“WCHR believes that FIFA must ban the EFF until such xenophobic attacks stop during football matches in Ethiopia,” said the rights group on its Facebook page.

Analysts believe such violence is usually supported by local officials who exploit ethnic divisions for their power. Ethnic Sidama politicians have recently taken full control of Hawassa administration despite making up a minority, or about 40% of the city demography. Similar problems exist in Bishoftu and Adama city of Oromia where Oromos are a minority but control full administration of the two cities. Recent protests by multiethnic people of Adama town criticized the rise of Oromo radical youth (Qeerroo) harassing and displacing local residents. Both Sidama and Oromo officials have been accused of publicly advocating social engineering and demographic alterations.

Ethiopia: Sick Political Mentality That Should Not Go Without Being Checked – T.Goshu

Crisis Group: Time for Ethiopia to Bargain with Sidama over Statehood

This Year’s Fiche Chambala Must not be Celebrated in Awassa