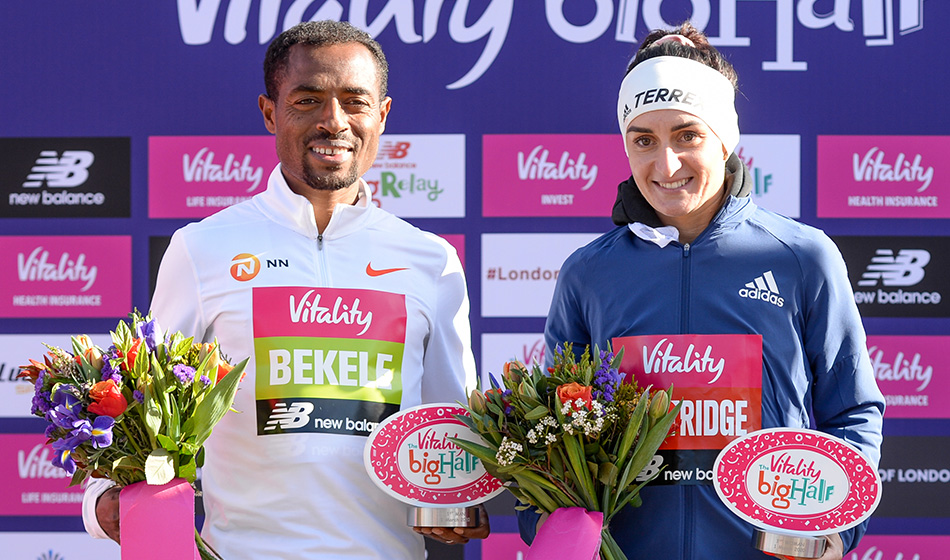 Kenenisa Bekele broke the course record to win the Vitality Big Half in London on Sunday as part of his preparations for the Virgin Money London Marathon.

Ethiopia’s multiple Olympic and world gold medallist clocked 60:22 for victory as Chris Thompson claimed the British title after a strong run of 61:07 for the runner-up spot, with his time also inside the previous course record set by Mo Farah last year.

In third, Jake Smith ran 62:00 to improve his own British under-23 half-marathon record time by two seconds.

Farah had been due to defend his title but withdrew with an Achilles injury. Kenya’s Lawrence Cherono was also a late withdrawal because of a hamstring problem.

The women’s race was won by Britain’s Lily Partridge as she ran 70:50 to finish ahead of Samantha Harrison and Stephanie Davis.

They passed the seven-mile point together but Bekele started to move away as they crossed Tower Bridge and was unchallenged from there.

For Thompson, it was his best half-marathon performance since 2012 when he ran his PB of 61:00 at the Great North Run. 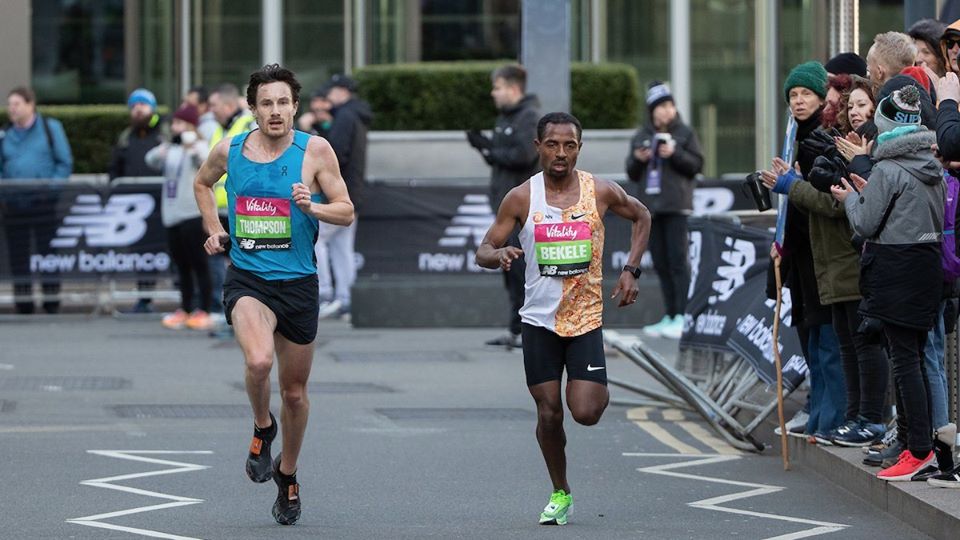 Chris Thompson looks like he means business in the @OfficialBigHalf. Pushed ahead early on and now leads alongside Kenenisa Bekele #BigHalf ( 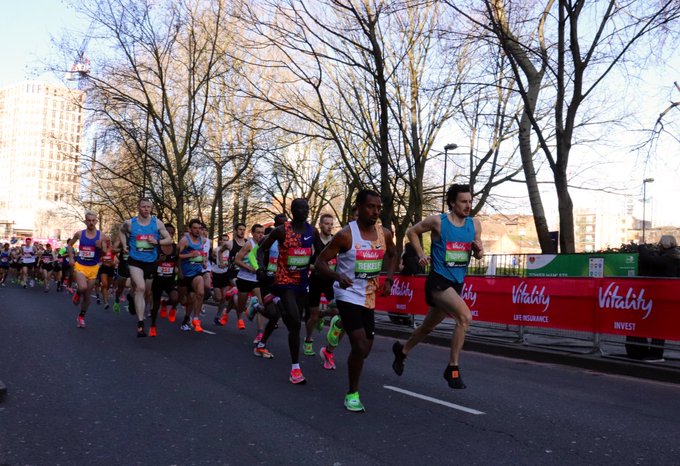 Should they all accept their places, Thompson will joined on the GB men’s World Half Marathon Championships team by 21-year-old Smith and Ross Millington, who finished fourth in a PB of 62:33.

Nottingham athlete Harrison is a relative newcomer to running and only started the sport seriously in September 2018 when she entered the Robin Hood Half Marathon as her first race. She led the women’s race in London before Partridge pushed ahead around 55 minutes in but held on for the runner-up spot in a PB of 71:01.

Davis, who achieved an Olympic marathon qualifying time with 2:27:40 in Valencia in December, secured third place and a GB World Half Marathon Championships place in 71:15.

Canada’s Loughborough-based Paralympic 100m champion Brent Lakatos was also a course record-breaker as he won the men’s wheelchair race in 48:44 ahead of Britain’s six-time Paralympic gold medallist David Weir in 50:07.

The rise and influence of TPLF chairman, Debretsion Gebremichael