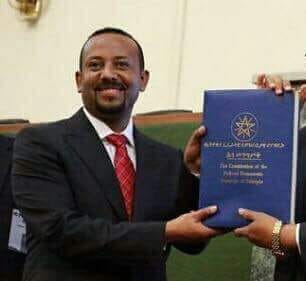 While the ETRP applauds recent symbolic measures taken by the new Ethiopian Prime Minister, systematic changes must occur for the country to secure long-term stability. In addition to repealing the CSP, FMMAIP and ATP restrictive laws, Dr. Abiy must make personal changes inside key institutions.

Dr. Abiy Ahmed must be highly commended for his ongoing efforts to solve the deep problems of a diverse nation of over 100 million citizens. Unlike his EPRDF predecessors, Dr. Abiy has become a unifier; by preaching Ethiopiawinet. From releasing thousands of prisoners to repealing the State of Emergency, Dr. Abiy deserves credit for beginning the healing process domestically.

However, his administration must not rush or simplify the complex issues, like the TPLF military monopoly and the human rights crisis. Simply reshuffling the civilian Defense Ministry leadership is not real reform. Real military reform is diversifying the top leadership of the military; from the army generals, to commanders, pilots and special forces.

Similarly, Dr. Abiy recently announced reforms within the Ethiopian Human Right Commission (EHRC) but he did not make any leadership changes. In fact, Dr. Abiy did not even fire the chairman Addisu Gebregziabher, who was the infamous TPLF spokesman working inside both the corrupt NEBE and fraudulent EHRC during the 2015 rigged election and overseeing the nationwide massacres of the last few years.

Both NEBE and EHRC must be administered by independent and non-political professionals.

In addition, reforms will never succeed long-term unless systematic changes are made to the foundation of Ethiopia’s political problems. Two of the major systematic issues facing Ethiopia today are the dangerous implementation of “group rights” at the expense of “individual rights” and the ethnic-based narrow federal structure. The root cause of endless ethic based crimes (including the killing and eviction of Oromos in Somali region or Amharas in other regions) is due to ethnic federalism; in which Ethiopians are being divided with “‘natives’ vs ‘aliens’” labels as well as where “group rights” continue to violate individual rights.

Human rights will never be respected in Ethiopia until ethnic federalism is scrapped and until every human being is seen as an individual worth living.

Ethnic-federalism (EF) is the foundation of the rise in tribal based conflicts nationwide. The EF concept itself has manifested itself in two ways. In the southern (Debub) region, EF exists in name only since its application became impractical and thus completely abandoned. In the rest of the country, EF has been half-way (ex. 420 kebeles still disputed between Oromia & Somali) applied by the demarcation of ethnic-based borders between Oromia, Somali, Amhara, Afar and Tigray states. However, ethnic border demarcation has not meant self-rule or leadership demarcation since TPLF has effectively ruled every ethnic state since 1991. In both cases, Ethnic federalism has miserably failed and it has created dormant volcanos by giving “false hope” of unrealistic ethnic states.

Now is the time to heal the past wounds of this great nation and secure the individual human rights of every single Ethiopian. Repealing institutional Ethnic-Federalism does not mean we all practice one culture or one language; but it will mean appreciating unity in diversity while respecting the human rights of the individual. We must finally change the federal structure of Ethiopia to disincentivize the ethnic politics and mob mentality that has led to endless ethnic conflicts and brutal cleansings through out the country.

Human rights will be universally protected in Ethiopia only when it is guaranteed in its smallest form: the individual human being.

Like the millions of other mixed-Ethiopians, Prime Minister Dr Abiy is the son of Oromo father and Amhara mother. Dr. Abiy must use his inspiring personal story and utilize his moral authority to end the 17 years of nightmare and tribal division in Ethiopia. If Dr. Abiy wants Ethiopia to join the free nations of the 21st century world, he must allow the restructuring of the Ethiopian state away from ethnic-federalism.

An Open Letter to Mr. Barack Obama – By Andualem Aragie (Prisoner of conscience)