The Blue Nile hydropower dam has been constructed in accordance with international legal principles and Ethiopia has the right to make it operational. 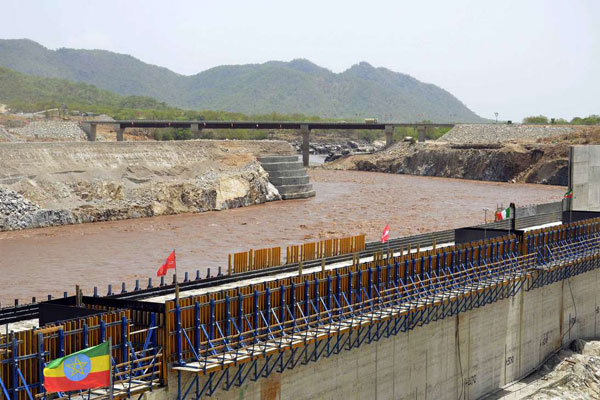 In an apparent fit of pique at Ethiopia’s refusal to sign on to its terms, on 28 February the U.S. Treasury Department warned Ethiopia not to start filling and testing the Grand Ethiopian Renaissance Dam without an agreement with Sudan and Egypt

In addition to expressing concerns about dam safety, it said:  “Consistent with the principles set out in the DOP, and in particular the principles of not causing significant harm to downstream countries, final testing and filling should not take place without an agreement.”

But does international law, including the 2015 Declaration of Principles (DoP), require an agreement for filling dams like the GERD? It does not seem so.

Considering the first filling and testing of the GERD as parts of the construction, Ethiopia has said that it will start filling the dam with or without an agreement. Egypt rejects this, stating that “Ethiopia violates the article No. 5 of …[DoP], which stipulates that all three countries shall reach an agreement on the rules of filling and operating the dam before starting the process of filling the reservoir with water.”

This is a stretch and contravenes the DoP, which does not say that the parties “shall reach on an agreement before” Ethiopia starts filling the dam. Instead, it states that “The three countries, in the spirit of cooperation, will utilize the final outcomes of the joint studies…to agree on guidelines and rules on the first filling of GERD which shall cover all different scenarios, in parallel with the construction of GERD.”

One may dispute Ethiopia’s position and argue that first filling and testing is not part of the construction as striking a deal on the first filling is impossible after filling has begun. But, even assuming for the sake of argument that is valid, Ethiopia can still legally fill the dam without an agreement.

The DoP states only that the three countries will use studies to agree on the first filling and annual operation of the dam. That is why they have been negotiating since 2015. But what if they fail to agree on the studies?  The DoP is silent and did not address this scenario. In other words, nothing in the DoP prohibits Ethiopia from filling and testing the GERD, even if the DoP commitment was to agree on “first filling.”

After the Permanent Court of International Justice (PCIJ) landmark decision on the lotus case in 1927, it has been a longstanding principle of international law that “that which is not prohibited is allowed.”

Indeed, as advocated by proponents of natural law theory, this presumption is reputable if a given action or inaction, regardless of its source (state consent or other norms), is prohibited by international law. As demonstrated below, there is no international law prohibiting Ethiopia from filling the GERD without an agreement.

True, under international law, states are required to take all appropriate measures to prevent and mitigate significant transboundary harm to other states. But the nature of the obligation is due diligence which requires states to take only reasonable actions. Due diligence means there is an obligation of conduct, rather than an obligation to take action that guarantees non-harm will result, for instance, by signing a preliminary agreement. This is shown by legal precedents.

In the Lake Lanoux arbitration case between France and Spain, in ruling against Spain’s claim that “the exclusion of the French project required the preliminary agreement of the two Governments and that in the absence of such agreement [France] could not have freedom of action to undertake the works,” the tribunal concluded: “The rule that states may use the hydraulic power of international waterways only if a preliminary agreement between states concerned has been concluded cannot be established as a customary rule or, still less, as a general principle of law.”

The International Court of Justice (ICJ) also confirmed the tribunal’s decision in its 2010 judgment in the Pulp Mills Case between Uruguay and Argentina. In deciding whether Uruguay was entitled to proceed with the construction and commencement of the manufacturing operations on the River Uruguay after having failed to reach an agreement with Argentina, “the court concluded that there was nothing that prevents Uruguay from doing so.” The court explained that there was nothing that alters the rights and obligations of Uruguay, including the right to implement the project as its sole responsibility, since the period for negotiation has expired.

In both cases, the justification behind ruling against the need for preliminary agreement is that a ruling otherwise would hinder the state’s “right to act alone as a consequence of unconditional and discretionary opposition of another state. This is to admit a right of consent or a veto right, which at the discretion of state paralyzes another state’s exercise of territorial competence.”

Therefore, under international law, including the DoP, an agreement is not a precondition and Ethiopia can start filling and testing the GERD as planned without a deal.

But unilateralism does not mean acting irresponsible, let alone illegally. Since the beginning of the GERD project in 2010, Ethiopia has taken various measures to prevent significant harm to the downstream countries, thus meeting its international obligations and showing concern for its neighbors.

Ethiopia conducted transboundary impact studies; initiated a tripartite committee consisting of experts from the three countries, and established an International Panel of Experts (IPoE) comprising ten members, six from the three countries (two from each) and four international experts. Ethiopia also submitted all 153 design and study documents of the GERD to the IPoE.

In June 2013, after a rigorous review of the documents and several site visits, the IPoE release its final report. The report, reaffirming the benefits of the GERD to the three countries, confirmed and “appreciated” that the design and construction process of the dam is in line with “a number of international standards, Codes and Guidelines…” The IPoE also recommended the three countries conduct two studies: one on hydrological modeling and the other on the impact of GERD on Sudan and Egypt.

While international law allows Ethiopia to conduct transboundary impact studies by itself and report the finding to Sudan and Egypt, Ethiopia agreed to joint studies and established a Tripartite National Committee (TNC) as a mechanism to conduct the two studies.

Later, the TNC decided international consultants would carry out the studies, and hired two French firms, BRLi Group and Artelia to carry out the studies. However, when the studies started, Egypt apparently insisted that the baseline data to determine the impact should be its current uses of the Nile waters and even reportedly suggested the exclusion of Sudan from the GERD negotiations.

After the TNC process ran aground, Ethiopia agreed to establish a new National Independent Scientific Research Group (NISRG) to develop scenarios on the filling and annual operation of GERD. However, instead of refining and agreeing on the work of NISRG, Egypt submitted unacceptable proposals in August 2019 and later internationalized the GERD issue, with the U.S. and World Bank involved in the negotiation as observers.

Many Ethiopian think that Egypt, using the U.S. and the World Bank, wanted to impose unjust colonial treaties on Ethiopia. No doubt that coming to the U.S. was historic wrong on Ethiopia’s part, but the fact that it agreed to the process shows the extent to which Addis Ababa is going to perform its due diligence obligation of preventing significant harm on Egypt and Sudan.

Although a way forward is absent thus far because of Egypt’s insistence to maintain its claimed “historical rights”, Ethiopia is likely to continue to undertake all necessary measures in good faith to prevent significant harm on Egypt and Sudan.

The concern about dam safety can also be addressed under the due diligence obligation detailed above. As noted, under international law, Ethiopia is required to undertake a transboundary impact study and notify the outcome to Sudan and Egypt. But Ethiopia went beyond this and established the IPoE, NTC, and NISRG. The three countries have already recognized and appreciated these measures in the DoP. Since ensuring dam safety is a continuous process, Ethiopia should in good faith continue to take all related measures throughout the lifespan of the GERD.

Ethiopians are crying out for Freedom and Justice [Graham Peebles ] 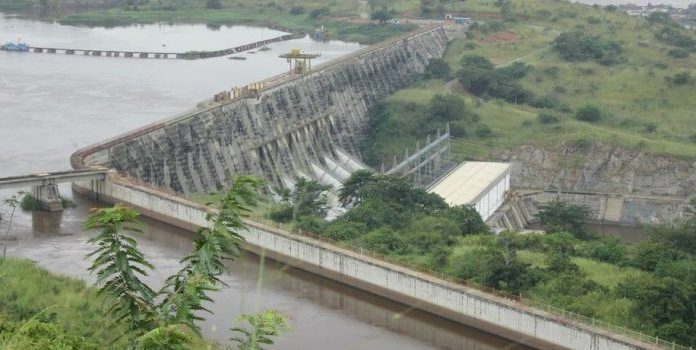 Ethiopian dam talks jammed with no compromise in sight

An Institution That Can Unite All Ethiopians!  [Gizachew Tiruneh, Ph. D].

“Ethiopia” declared Prof. Birhanu Nega is a threat to the government