Members of 9 families have specially shortened immigration procedures, in move opposed by AG, who warned their arrival could be understood as election campaign stunt

Dozens of Ethiopian immigrants landed in Israel on Tuesday morning, though their abrupt, government-sponsored arrival less than a week before the elections had been opposed by the attorney general, who ruled it could be seen as a campaign move courting Ethiopian Israeli voters.

Prime Minister Benjamin Netanyahu has recently been pushing to bring 400 Falash Mura to Israel, where many of their family members already live. Some community members have been waiting for years to immigrate to Israel.

Earlier this month the cabinet approved bringing the new immigrants despite opposition over the timing from Attorney General Avichai Mandelblit, who argued in a legal opinion that the move could be interpreted as a campaign ploy directed at Ethiopian Israelis just weeks before the March 2 election.

The Health Ministry has also controversially eased demands for medical checks and vaccinations that apply to immigrants from Ethiopia in order to expedite the process, allowing at least some of the new immigrants to arrive prior to next week’s election.

Blue and White chairman Benny Gantz said earlier this month that he was “appalled to see how Netanyahu is carrying out a cynical election campaign on the backs of the Jews remaining in Ethiopia and their families here, whom he has neglected for a decade.” 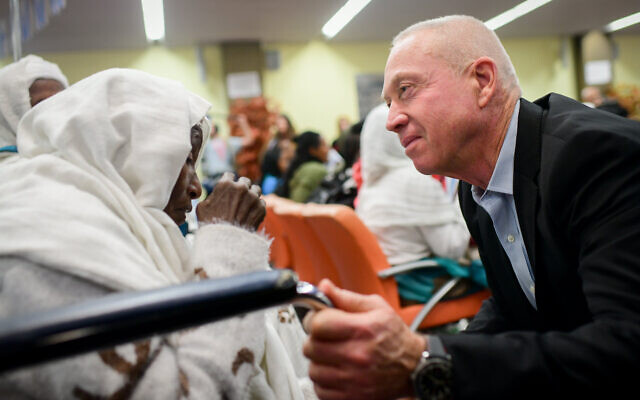 Immigration and Absorption Minister Yoav Gallant welcomes members of the Falash Mura community as they arrive to the immigration offices in Ben Gurion airport, outside Tel Aviv on February 4, 2019. (Tomer Neuberg/Flash90)

Likud is seeking to woo Ethiopian Jews ahead of the national vote. Many members of the community turned their backs on the ruling party in last year’s elections, following a series of high-profile incidents of police violence and amid ongoing concerns over government neglect and discrimination toward the community.

Hours before the deadline to file party slates ahead of the March elections, Ethiopian Israeli MK Yevarkan left Blue and White for Likud, reportedly frustrated by his low placement on Gantz’s party slate. Yevarkan had been placed 33rd on Blue and White’s electoral slate, putting him in danger of not entering the Knesset, but is No. 20 on Likud’s ticket. Likud is expected to win at least 32 seats.

The Falash Mura are Ethiopian Jews whose ancestors converted to Christianity, often under duress, generations ago. There are approximately 8,000 members of the community in Ethiopia with close relatives in Israel who are waiting to immigrate.

The planned immigration of 400 members will include about 60 families that have been divided, with either parents or children already living in Israel, a key criterion for inclusion in the program, according to a Channel 12 report last month.

The Ethiopian Israeli community says the process for immigration approval is flawed and poorly executed, dividing families. At least 80 percent of the Falash Mura members in Ethiopia say they have first-degree relatives living in Israel, and some have been waiting for 20 years to immigrate. 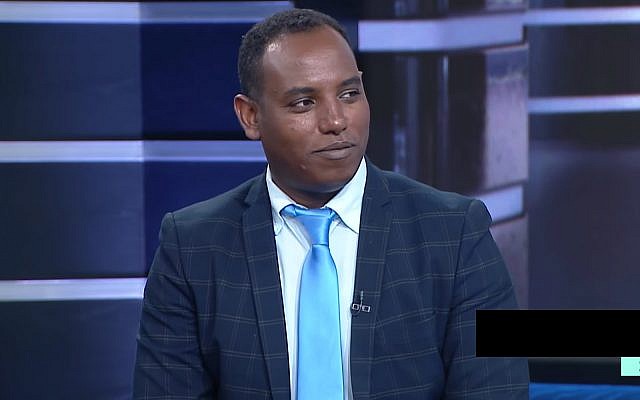 Then-Blue and White MK Gadi Yevarkan in May 2019. (YouTube screenshot)

About 140,000 Ethiopian Jews live in Israel today, a small minority in a country of nearly 9 million.

Some 22,000 were airlifted to Israel during Operation Moses in 1984 and Operation Solomon in 1991. But their assimilation has not been smooth, with many arriving without a modern education and then falling into unemployment and poverty.

2019 saw widespread and sometimes violent protests by Ethiopians in Israel, after the police killing of an unarmed teen, the latest in a series of incidents of racism and police brutality against Ethiopian-Israelis.

Ethiopia will not stop building dam regardless of impact study results: Minister