(CNN)At least 67 people have been killed and more than 200 injured in protests in Ethiopia over the last few days, the police commissioner for the Oromia region told CNN on Saturday.

Nineteen people were killed in direct clashes with security forces, Kefyalew Tefera said, while the others were killed in clashes between supporters of Prime Minister and Nobel Peace Prize winner Abiy Ahmed and supporters of Jawar Mohammed, an independent media owner and a prominent critic of the premier. 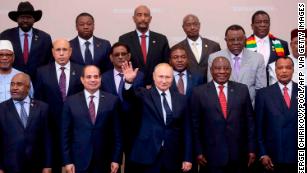 Putin just took a victory lap in the Middle East. Now he’s turning to Africa
The ongoing protests in the Oromia region — which includes part of the capital, Addis Ababa — erupted after a Facebook post by Mohammed.
In the post, Mohammed, who has more than 1.75 million social media followers, alleged that police were conspiring to attack him at his home after government officials told his security detail to leave his side. Police officials have denied his claim.
Abiy is the country’s first leader to come from the Oromo group, the largest ethnic group in Ethiopia. Earlier this month, he won the Nobel Peace Prize for his role in ending the 20-year war between Ethiopia and Eritrea.
Mohammed, who belongs to the same ethnic group, accused Abiy of acting like a dictator in the major institutional reforms and policies that he has implemented since coming to power in April 2018. 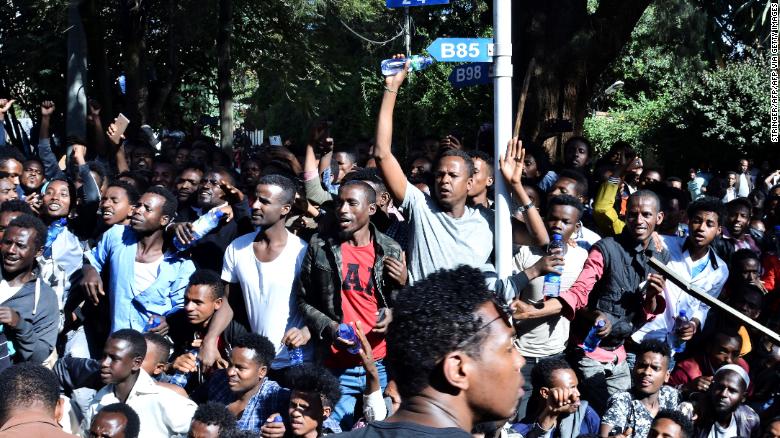 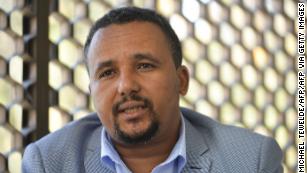 Mohammed Jawar alleged that the police were conspiring to attack him.
“He has resorted to the early signs of dictatorship, of trying to intimidate people, even his very close allies who helped him come to power who happen to disagree with some of the policies and positions and ideologies he’s advocating,” Mohammed told Agence France-Presse.
Mohammed, who is also a US citizen, had been in exile in the United States until Abiy came to power and pardoned political prisoners and journalists jailed during previous regimes.

Letter to John Kerry From Kilinto Prison in Ethiopia by Natnael Feleke of Zone...

ESAT Breaking News – Dr. Merera Gudina has been blocked from traveling to...

Round Table Discussion held on Battle of Adwa in New York City.

In Praise of the Solidarity to come: what we need to Remember [By Dr. Tsegaye Ararasa]