On December 20, 2019, an Ethiopian microsatellite was launched into space by the Long March 4B carrier rocket from the Taiyuan Satellite Launch Center in North China’s Shanxi province. About 7,900 km away from this space station, the historic milestone streamed live for government officials and select individuals at the Entoto Observatory and Research Center. The mission was considered a national pride and a dream come true. Hopefully, the success of Ethiopia’s maiden satellite, dubbed ETRSS-1, will trigger subsequent technological endeavors. PM Abiy Ahmed
Courtesy of AN

Partly arising from these wishful promises, some news media and social media have overstretched ETRSS-1’s dividends. Fana designated it as the outer space guardian “Ye-Semayu Zeb“. Others portrayed it as a weapon and dared to threaten our historic rival (“Egypt Gudish Fela!“). Contrastingly, some conspiracy theorists forewarned that the satellite project is secretly China’s way of detecting the whereabouts and whatabouts of precious mineral resources in Ethiopia and ultimately exploit them in the guises of investment.

The headline was not entirely localized in Ethiopia. It spread like wildfire globally. While most media outlets appreciated the milestone, a few jumped to ridicule it. Express-News stated, “Poverty-stricken Ethiopia is to launch its own space program – all while receiving millions of pounds in foreign aid from Britain”. It further vented that “Ethiopia, which is receiving £300 million in British aid this year, will now become the fourth country to have developed a space program while receiving support from UK taxpayers”. Soon after the news of the satellite launch, the Department for International Development (DFID), which has an £11.1bn budget for international aid, was forced to defend its funding to Ethiopia and promised “not a penny” of British cash is going towards the space program.

Obviously, the unexplained or the unknown attributes of ETRSS-1 outweigh the publicly known facts and specifications. For instance, the number of bands/channels, the type (wavelengths) of bands, the duration of satellite revisit, etc. are unpublicized. I strongly believe that unless the capabilities of ETRSS-1 are clearly articulated and the specifications are outlined, these augmented promises will likely morph into far-fetched expectations and even open floodgates for wild speculations. Eventually, when the acquired gains fall short of expectations, immense disappointment would reign. This in turn might discourage the appetite for consequent technological initiatives.

As a remote sensing academician, I personally subscribe to most of the potentials claimed by authorities. My bone of contention is that ETRSS-1 alone won’t turn all the stated promises into reality. In fact, it looks like the above-stated potentials were cherry picked from diverse satellites elsewhere and attributed to our ETRSS-1. Earth-observing satellites are richly varied and specialized for diverse applications. Weather satellites, aqua satellites, terra satellites, forest satellites, etc. are good examples. Until Ethiopia launches dozens of earth-observing satellites, we can’t reap the stated benefits. Connecting direct and indirect information from Chinese news reveals that ETRSS-1 consists of a wide-range panchromatic multispectral camera developed by China and a wide-field imager developed by Brazil. At an altitude of 700 km above sea level, ETRSS-1 belongs to a group of sun-synchronous satellites that are orbiting the earth. This information hints that ETRSS-1’s revisit interval, i.e. days elapsed between observations of the same point on Earth, is 31 days.

Against the backdrop of the satellite revisit interval, the examples offered by some Ethiopian authorities becomes questionable. In the interviews, they stated that ETRSS-1 assists soil moisture monitoring and helps schedule planting times. However, soil moisture is volatile and changes its volume by the hours, stipulating constant detection. The satellite is also promised to detect whether a single sugarcane plant, citing Kuraz Sugar Plantation in South Omo as an example, is stressed by water shortages or diseases before the problem spreads into a larger area. Furthermore, the satellite is poised to detect the Ethiopian train: from its start in Addis Ababa to all the way to Djibouti. Such claims could be a reality if we own another category of satellite, called geo-synchronous satellites. Unlike sun-synchronous, the speed of geo-synchronous satellites matches the Earth’s rotation and are focused on a specific location to capture real-time data. Such satellites are orbiting at a high altitude and are used for communication, espionage, weather, etc.

Contrary to widely-held beliefs, remote sensing technologies are unable to penetrate the subsurface and detect deep-seated minerals. The exception is the Synthetic Aperture Radar (SAR). SAR is part of the electromagnetic spectrum, which is not used by the ETRSS-1. SAR can detect old human settlements and artifacts that have been buried by shifting sands, just a few feet below the surface. What satellites can do is speculate about internal geologic features, which in turn are suggestive of mineral resources, based on the detection of forests for the understanding of the underlying rocks. Regrettably, our officials are of the opinion that satellites can directly identify minerals. For that matter, some high-profile scientists and politicians have been openly claiming that remote sensing enables to detect the minerals in Ethiopia.

Certainly, owning a satellite saves Ethiopia from purchasing data using hard currencies. Decades ago, the price of satellite scenes were unaffordable even for high-budget projects. In recent years, however, accessibility to the Earth’s satellite data improved substantially. Several satellite data sources, except for high resolution (sub meter) commercial satellite imagery, have become freely available. After 2008, for instance, the analysis-ready Landsat data became freely accessible. Even before 2008, Landsat was providing free access to Africans. Currently, USGS, NASA, NOAA and others provide data at no charge. Under such a scheme, it would be far-fetched to foresee a hefty hard currency from selling satellite imageries to other countries. 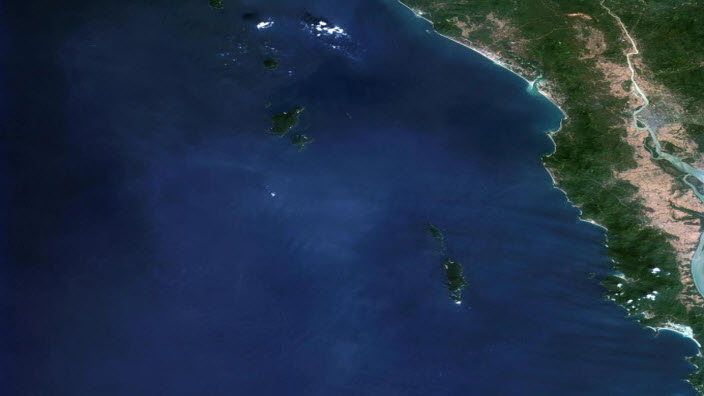 It is vital to recognize that remote sensing experts are authoritative voices on appraising data scanned by ETRSS-1. A good number of them conduct research in water resources, forestry, agriculture, and teaching in undergraduate or graduate programs at the geospatial departments of Addis Ababa, Mekelle, Bahir Dar, and Haramaya Universities. The Ethiopian Mapping Agency also house remote sensing specialists that have routinely harnessed this data for mapping purposes over decades. Even under ESSTI, remote sensing is one of the entities, currently conducting various projects. Counting on these professionals at the front and center would elevate the quality of information flow in the media. Undeniably, Astrophysicists did the groundwork and the original goal was exploring outer space. Nevertheless, we are witnessing that the mission has matured enough to embody earth-ward looking satellites. Accordingly, it is high time for ESSTI to rephrase the motto – “we explore the universe for the benefit of our people” on its website.

This article is primed neither to poke holes in the project nor to eclipse the public celebration. Rather, the public deserves a break from the barrage of bad news coming from the perturbed political landscape now. Guaranteed, ETRSS-1 allows us to acquire pertinent data from a large swath of geographic space in a short period of time. It grants us access to the inaccessible areas (due to flooding, forest fires, etc.) at a cheaper cost than ground-based surveys. Even more, it detects data beyond the range of human eyes in the infrared and thermal spectral regions. However, while applauding the benefits, we shouldn’t lose sight of the limitations. Finally, as we honor the launching of ETRSS-1, it is imperative to bear in mind that the satellite symbolizes unity. It supersedes the differences that divide us by canvassing far and beyond our national boundaries to gather remotely sensed data.