She was once seen as a beacon for universal human rights – a principled activist willing to give up her freedom to stand up to the ruthless army generals who ruled Myanmar for decades. 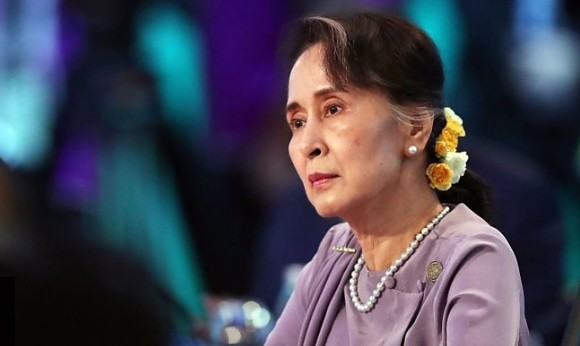 In 1991, “The Lady”, as Aung San Suu Kyi is known, was awarded the Nobel Peace Prize, and the committee chairman called her “an outstanding example of the power of the powerless”.

But since becoming Myanmar’s de facto leader in 2016 after a democratic opening up, Ms Suu Kyi has been rounded on by the same international leaders and activists who once supported her.

Outraged by the exodus of hundreds of thousands of Rohingya Muslims from Myanmar into neighbouring Bangladesh as a result of an army crackdown, they have accused her of doing nothing to stop rape, murder and possible genocide by refusing to condemn the powerful military or acknowledge accounts of atrocities.

Her few remaining international supporters initially tried to argue she was a pragmatic politician trying to govern a multi-ethnic country with a complex history and a Buddhist majority that holds little sympathy for the Rohingya.

But how many supporters she retains in the wake of a UN court ruling remains to be seen. Nick Beake, the BBC’s Myanmar correspondent, suggests the ruling ordering the country to take emergency measures to prevent genocide has obliterated what little remained of her international reputation.

Her attempts to justify the actions of the military – which still has serious political power and refuses to relinquish control of the security forces – has destroyed the firewall which used to separate the two, he says.

It is a fall from grace for this once towering figure that few could have predicted.

Ms Suu Kyi, now 74, spent much of her time between 1989 and 2010 in some form of detention because of her efforts to bring democracy to then military-ruled Myanmar (also known as Burma) – a fact that made her an international symbol of peaceful resistance in the face of oppression.

She led the National League for Democracy (NLD) to a majority win in Myanmar’s first openly contested election for 25 years in November 2015.

The win came five years to the day since she was released from 15 years of house arrest.

Although the Myanmar constitution forbids her from becoming president because she has children who are foreign nationals, Ms Suu Kyi is widely seen as de facto leader.

Her official title is state counsellor. The President, Win Myint, is a close aide.

He was assassinated during the transition period in July 1947, just six months before independence, when Ms Suu Kyi was only two.

In 1960 she went to India with her mother Daw Khin Kyi, who had been appointed Myanmar’s ambassador in Delhi.

Four years later she went to Oxford University in the UK, where she studied philosophy, politics and economics. There she met her future husband, academic Michael Aris.

After stints of living and working in Japan and Bhutan, she settled in the UK to raise their two children, Alexander and Kim, but Myanmar was never far from her thoughts.

When she arrived back in Rangoon (now Yangon) in 1988 – to look after her critically ill mother – Myanmar was in the midst of major political upheaval.

“I could not as my father’s daughter remain indifferent to all that was going on,” she said in a speech in Rangoon on 26 August 1988, and was propelled into leading the revolt against the then-dictator, General Ne Win.

Inspired by the non-violent campaigns of US civil rights leader Martin Luther King and India’s Mahatma Gandhi, she organised rallies and travelled around the country, calling for peaceful democratic reform and free elections.

But the demonstrations were brutally suppressed by the army, which seized power in a coup on 18 September 1988. Ms Suu Kyi was placed under house arrest the following year.

The military government called national elections in May 1990 which Ms Suu Kyi’s NLD convincingly won – but the junta refused to hand over control.

Ms Suu Kyi remained under house arrest in Rangoon for six years, until she was released in July 1995.

She was again put under house arrest in September 2000, when she tried to travel to the city of Mandalay in defiance of travel restrictions.

She was released unconditionally in May 2002, but just over a year later she was imprisoned after a clash between her supporters and a government-backed mob.

She was later allowed to return home – but again under effective house arrest.

At times she was able to meet other NLD officials and selected diplomats, but during the early years she was often in solitary confinement. She was not allowed to see her two sons or her husband, who died of cancer in March 1999.

The military authorities had offered to allow her to travel to the UK to see him when he was gravely ill, but she felt compelled to refuse for fear she would not be allowed back into the country.

Ms Suu Kyi was sidelined from Myanmar’s first elections in two decades on 7 November 2010 but released from house arrest six days later. Her son Kim was allowed to visit her for the first time in a decade.

As the new government embarked on a process of reform, Ms Suu Kyi and her party rejoined the political process.

When by-elections were held in April 2012, to fill seats vacated by politicians who had taken government posts, she and her party contested seats, despite reservations.

They won 43 of the 45 seats contested, in an emphatic statement of support, and she was sworn in as an MP and leader of the opposition.

The following May, she left Myanmar for the first time in 24 years, in a sign of apparent confidence that its new leaders would allow her to return.

However, she became frustrated with the pace of democratic development.

In November 2014, she warned that Myanmar had not made any real reforms and that the US – which dropped most of its sanctions against the country in 2012 – had been “overly optimistic” in the past.

And in June 2015, a vote in Myanmar’s parliament failed to remove the army’s veto over constitutional change.

Although she was not allowed to become president because of a constitutional restriction barring candidates with foreign spouses or children, Ms Suu Kyi became de facto leader in 2016, in a “state counsellor” role.

Since then, her leadership has been defined by the Rohingya crisis. After deadly attacks on police stations in Rakhine state in August 2017, Myanmar’s army began a brutal crackdown against the ethnic minority, forcing hundreds of thousands to flee across the border to Bangladesh.

Critics say Ms Suu Kyi did not do nearly enough to condemn the military. Myanmar now faces a lawsuit at the International Court of Justice (ICJ) based in The Hague, and Ms Suu Kyi has travelled to the Netherlands to fight the charges of genocide levelled against her country. In January 2020, the court’s initial ruling ordered the country to take emergency measures to protect the Rohingya from genocide.

Progress has been made in some areas, but the military continues to hold a quarter of parliamentary seats and control of key ministries including defence, home affairs and border affairs.

In August 2018, Ms Suu Kyi described the generals in her cabinet as “rather sweet”. 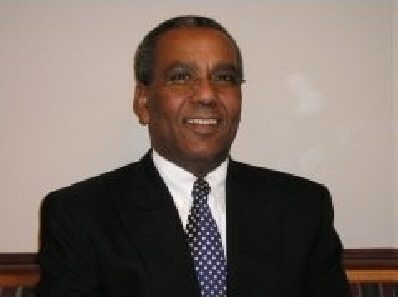 Astonishing moment Eritrean migrant emerges from inside a SUITCASE