Angelina Jolie is raising her kids to be citizens of the world!

The mother of six took her daughter, Zahara Jolie-Pitt, to her birth country of Ethiopia just over a week before her 15th birthday and they had the honor of meeting the country’s first female president, Sahle-Work Zewde.

A source told Hollywood Life that Angelina thought the trip would be a good experience for her kids.

“Angelina Jolie has taken the kids on a trip to Ethiopia, they left a couple of days ago. It’s where Zahara was born, so it’s important to Angelina that they keep the connection strong,” the source told HollywoodLife. “They’ll be doing sightseeing and getting to know more about her beautiful birth country.”

Watch Them Embrace The President

Jolie and Zahara wore matching flowy white dresses as they were being escorted to meet Zewde. Shiloh also tagged along but opted for a dark jacket. Jolie went in for a very respectable handshake with the president but Zewde opened her arms wide to embrace Zahara. Shiloh also got a hug but, judging by the awkward moment, the 13-year-old was not expecting it. The whole event was captured by the Ethiopian News for the world to see.

It is really cool to see how grown up Zahara looked now that she is almost as tall as her mother. 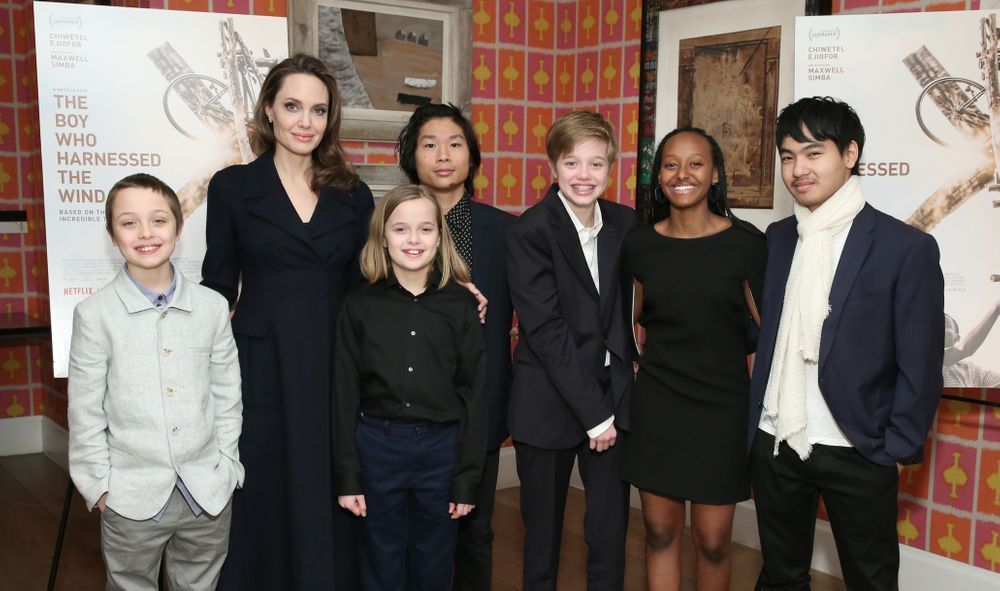 Angelina sat down with Harper’s BAZAAR in November and expressed her desire to move abroad with her kids. Maddox already moved to South Korea to attend college and Jolie has that international bug. There is only one big problem… Brad Pitt.

Pitt and Jolie have been going back and forth of the details of their divorce for years and one of those details is about the custody of their kids. In the interview, the actress revealed that Pitt is actually keeping her and her kids in the United States.

“I would love to live abroad and will do so as soon as my children are 18,” Jolie told the magazine “Right now I’m having to base where their father chooses to live.”

‘They started to burn our houses’: Ethnic strife in Ethiopia threatens a key U.S. ally