WASHINGTON — Tucked deep inside two of President Donald Trump’s immigration-related executive orders are plans to gather data on the perceived threats posed by foreign-born nationals in the United States.

The new information will influence policies the president says are meant to protect national security, according to the orders.

The data collection appears part of a sustained effort by the president and members of his team, going back to the beginning of Trump’s run for the White House, to associate the foreign-born population with criminality despite evidence to the contrary. It also comes amid increasing concerns since Trump’s election about rising levels of hatred and prejudice in the country.

Earlier this week, a revised travel order temporarily suspended the U.S. refugee program and barred visas to nationals from six majority-Muslim countries. Replacing an earlier order, the new order also includes more far-reaching requirements to collect data on foreign nationals in the country, some of whom may not have been charged with or convicted of crimes. 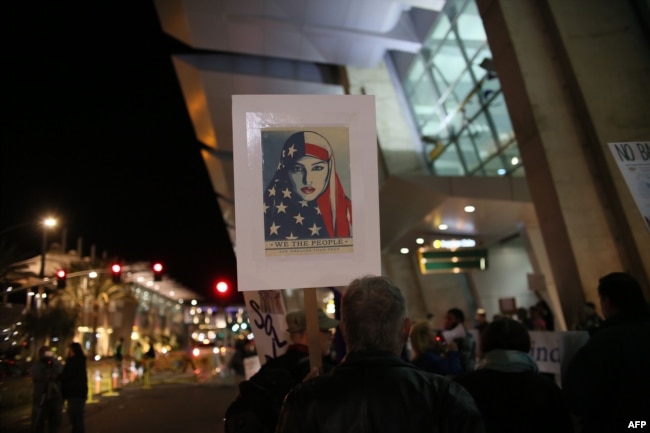 Protesters chant during a rally against the travel ban at San Diego International Airport, March 6, 2017, in San Diego, California.

The first reports using this data will not be published for months, but some immigration policy analysts fear how the data will be gathered and presented, following what they view as selective and occasionally erroneous use of data by administration officials.

Critics of the administration say they already see signs that similar data is being misused to justify controversial policy proposals.

For example, as the travel order was made public Monday morning, multiple administration officials cited newly revealed information that the FBI is currently conducting terrorism-related investigations into 300 refugees admitted to the United States.

Citing the ongoing nature of the cases, the officials refused requests by VOA journalists and other reporters to provide additional information and context for the figure, which was immediately questioned by researchers.

“We don’t even know what that means exactly. What type of investigation? What stage are the investigations in? I mean, they just threw out a random number to scare people,” says Alex Nowrasteh, an immigration policy analyst at the Cato Institute.

Nowrasteh cross-referenced nine databases and documents to produce a report on immigration and terrorism last year, broken down by visa categories. He found that from September 12, 2001, until December 31, 2015, five foreign-born terrorists killed 24 people on U.S. soil, while attacks by native-born Americans and those with unknown nationalities killed 80 people.

The call for new data on foreign nationals is in Section 11 of the travel order and is wide-ranging.

It calls for reports every six months on the number of foreign nationals charged with or convicted of “terrorism-related” offenses, a slippery term as Nowrasteh pointed out in his report. The order also requires Department of Homeland Security (DHS) and Department of Justice (DOJ) to report on behavior like “radicalization,” without defining what the phrase means.

DOJ did not answer a VOA request for clarification on the definitions of the above terms.

The executive order also orders statistics on those who provided “material support” for terrorist groups — a broad category that could include even those who provided support under duress or who were the victims of terrorists, like Syrians living in Islamic State-controlled areas — and singles out violence against women by foreign nationals, including so-called “honor killings.”

“That paragraph really tells you where he’s coming from,” Lavinia Limón, president of the U.S. Committee for Refugees and Immigrants (USCRI), says of Trump. “He thinks these people are not OK. It’s very stereotypical and very sad.” 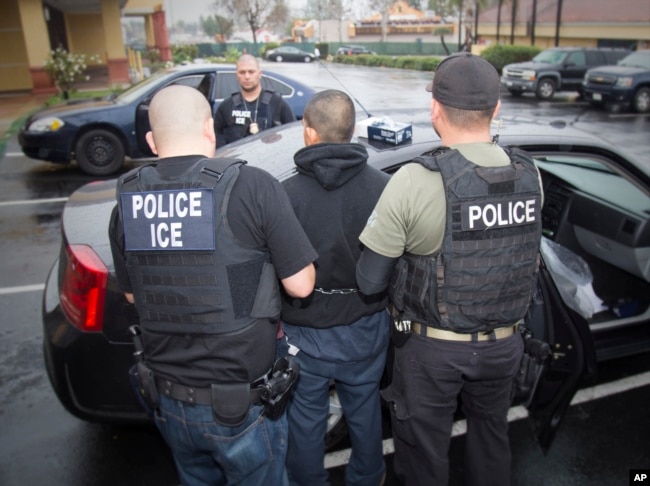 Trump’s critics see calls for such reporting as part of a wider pattern of anti-immigrant behavior. But supporters of Trump’s immigration policies disagree, saying the White House is simply trying to provide enough information for Americans to decide on policies that will help keep them safe.

“It appears to me that the goal of this is transparency, “ says Rosemary Jenks with Numbers USA, an organization that wants fewer immigrants. “More information is always better, in my view. That’s what America is all about — more information, more debate.”

Jenks advocates for the data to go even beyond what Trump has called for, suggesting that terrorism and crime committed by the children of immigrants counts differently than that of families who have been in the country longer.

If Trump were merely calling for improved data gathering, policy wonks might rejoice, whatever their political preference; statistics related to certain parts of the immigration system are notoriously difficult to obtain.

But Trump’s early focus on the foreign-born in the first days of his administration follow a campaign in which immigrants and refugees were consistently and repeatedly discussed in negative terms.

The context makes his critics exceedingly skeptical of why he wants new data and how it will be used.

“Enforce a ban, then create the mechanism to create the facts necessary to justify it,” echoes Hassan Ahmad, an immigration lawyer in the Washington area and former head of the Capital Area Muslim Bar Association. “How? By publishing regular immigration statistics, and coupling it with reporting on foreign-born terror-related crime focused on Muslim perpetrators.

“Over time, this will build up an alternative factual narrative the administration hopes will defeat legal challenge.” 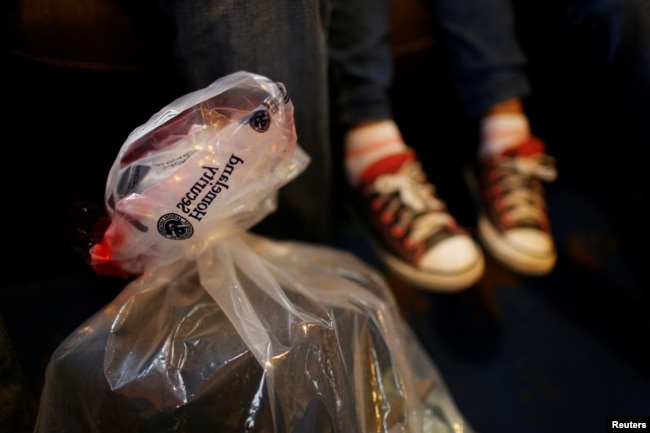 FILE – A bag containing the belongings of an undocumented immigrant family from Guatemala is pictured after their arrival to Annunciation House, an organization that provides shelter to immigrants and refugees, in El Paso, Texas, Jan. 17, 2017.

The travel order followed another executive order in January that revised guidelines on deportation and also calls for data on crimes committed by immigrants in “sanctuary cities”, as well as “the effects of the victimization by criminal aliens present in the United States,” and the immigration status of detained or convicted foreign nationals.

That order, too, received broad criticism.

“We need balanced policy analysis about better interior enforcement, not the inflaming of passions through selective presentation of data or anecdote,” David A. Martin, a former Homeland Security official and immigration analyst, highlights in a review of the order.

The association of immigration and criminality is not exclusive to Trump; a 1931 government report by the U.S. National Commission on Law Observance and Enforcement highlighted how a century of efforts and assumptions connecting the foreign-born population — whether Italians, Jews, Germans or Japanese — to societal problems were not based on facts.

“Statistics have never justified their assumptions, and … the most recent official statistics fail to substantiate their charges,” it said.

The bulk of academic research still does not support the correlation between increased immigration and elevated crime.

According to Scientific American, although some individual studies found a correlation between immigration and crime rates, 2½ times as many studies showed that with more immigration, there was less crime.

“The most common finding was that immigration had no impact on crime,” several criminologists told the magazine in February, citing multiple reports. “The upshot? We find no evidence to indicate that immigration leads to more crime and it may, in fact, suppress it.”

The 2014 FIFA World Cup on ESPN, live from Brazil.

Commemorating Yekatit 12: Remembrance of the Second Italo- Ethiopian War in 1935